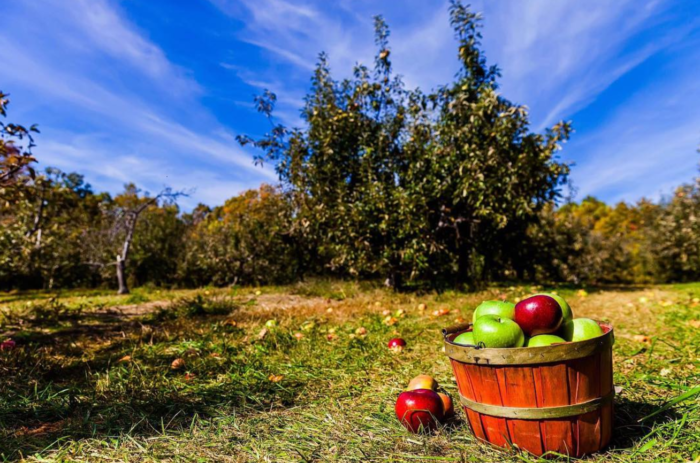 It’s September, so it’s time to pick apples in these parts

You may think you can wait until the weather is cooler, until the air is as crisp as, well, the flesh of a newly-ripe apple.

But you’re wrong. It’s September and it’s time, if you want to get some apples while they’re still there to be got. In fact, some of the pick-your-own places in the area opened a month and more ago.

So here’s a guide to where to go pick, within an easy (two hours or less) drive of Stephens Grove.

Remember to take cash with you. And if you’re going to the one that serves hard cider, have a designated driver:

Windy Hill Orchard & Cider Mill – Just under an hour away, down in York, S.C. This is the one with the hard cider! They also offer apple-cider donuts, which you should definitely check out. They started picking on Sept. 6.

Sky Top Orchard — Less than two hours from Stephens Grove, in Flat Rock. They started picking Honeycrisp and Ginger Golds back in August, so you’re too late for those, but picking of later varieties continues through the end of October.

Carrigan Farms — This one’s just a little more than half an hour away, in Mooresville. Picking is going on from now to the end of September. Ask about the apple hayrides!

Apple Hill Orchard — This one’s about an hour and 15 minutes from here, in Morganton. Click here to find out when your favorite varieties will be available.

Stepp’s Hillcrest Orchard — In Hendersonville, about a two-hour drive. They’re open now through October. And yes, there are apple cider donuts.

Blueberry Thrill Farm — Gibsonville is about an hour and 45 minutes from here. They’ve been picking since July, but they urge customers to call ahead to check on picking conditions: (336) 449-7246.

The Orchard at Altapass — Located at Spruce Pine, about 2 hours from here. They say there’s supposed to be a bumper crop this years, and some of the early varieties are already gone, so come on out!